In the current pandemic scenario, now aggravated by the declaration of calamity, the State Budget for 2021 carries a significant unpredictable effect on macroeconomic variables, with repercussions on the public deficit and debt.
Noting the concern with reinforcing social responses, reflecting the demands for parliamentary support necessary for their approval, it is important not to forget that income redistribution depends on the creation of wealth generated by the business fabric and the maintenance of jobs is only possible with profitable companies and competitive. It is in this light that I propose to make a brief analysis of the State Budget Proposal.
In June this year, and within the scope of government measures to support economic dynamism, the PEES - Economic and Social Stabilization Program was created, highlighting the following measures with an impact at the level of companies: PEVE - Extraordinary Process for the Viability of Companies, an exceptional and temporary program that will allow viable companies, but handicapped by covid-19, to resort to a quick restructuring mechanism; the creation of Banco Português de Fomento, providing for its participation in capitalization operations of viable companies with high growth potential, in strategic sectors and oriented towards foreign markets; and, lastly, the transfer of tax losses in the acquisition of shareholdings of SMEs that, in 2020, have come to be considered as 'companies in difficulty', seeking to promote concentration and acquisition operations through the tax system.

PEVE was generally approved in Parliament in September, and is delayed in its publication, undermining the expectations of companies regarding a revitalization instrument that will certainly be important to them. As for Banco de Fomento, whose banner has been announced numerous times, businessmen still do not understand its practical scope and how they can finance merger operations, reinforcing the competitiveness of their companies on an international scale.
In relation to tax incentives for concentration, I do not find any reference in this State Budget Proposal.
In the unpredictable scenario in which we find ourselves, I expected this budget to already include the Resilience and Recovery Plan, managing the expectations of companies and entrepreneurs with the definition of investment priorities and the careful application of grants to be received from Europe. Given the country's specificities, recognizing the weaknesses of the tourism sector, the engine of wealth creation in the country should focus on reindustrialization and on strengthening the competitiveness of industrial production in the exporting sector.

The Portuguese business fabric needs investments in infrastructure that translate into lower context costs for companies, with a focus on reducing energy prices and logistics efficiency, alongside the necessary and mediatic digital transition and response to climate challenges.

Businesses need public investment that translates into access to quick and effective justice and the improvement of public administration services, making it closer and more business friendly.
It is necessary to intensify the relationship between universities and companies, not only for the sexy areas of new technologies, but also in the transmission of knowledge that translates into new products, manufacturing methods and ways of relating to customers in traditional sectors.

Finally, public support for private investments should be strategically designed according to a sectoral logic (recovering Porter's studies from the 90s?), Supporting and fostering concentrations of companies led by well-managed projects, with the merit of recovering existing productive capacity and the know-how of a job with acquired knowledge, as opposed to the liquidation of assets with significant losses of economic and social value.
Plans and ideas exist. What is missing is to put them into practice. And the State Budget for 2021 does not present measures that have a positive impact on companies and entrepreneurs. 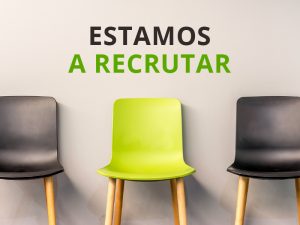 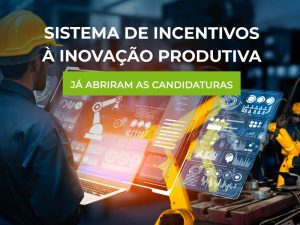